For now it's called kbt2 and it's a round timer that I can use to give kickboxing lessons.

.. I decided to use my geekphone as a dedicated interval timer / instruction guide and started hacking on an app for that. It all went remarkibly smooth. 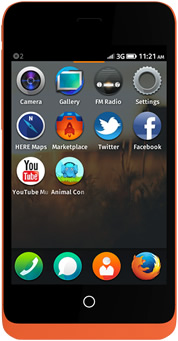 It's a "Keon" Developer Preview by Geekphone. I was lucky to win one, but told they'll only be 50$.

You point it's webbrowser to the location of your app. Your app can detect the phone and offer an install via a simple navigator.mozApps.install() 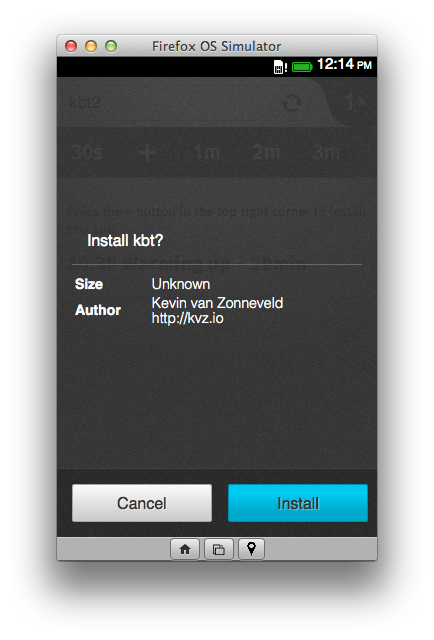 This basically copies all the the assets listed in ./manifest.appcache to your phone, so it can be accessed without internet (awesome cause there's bad reception inside the gym :) 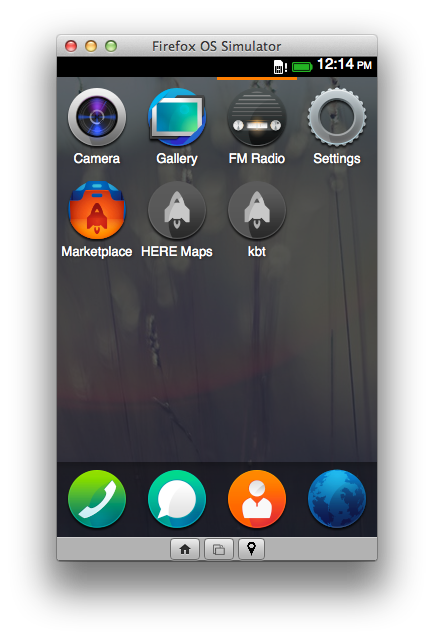 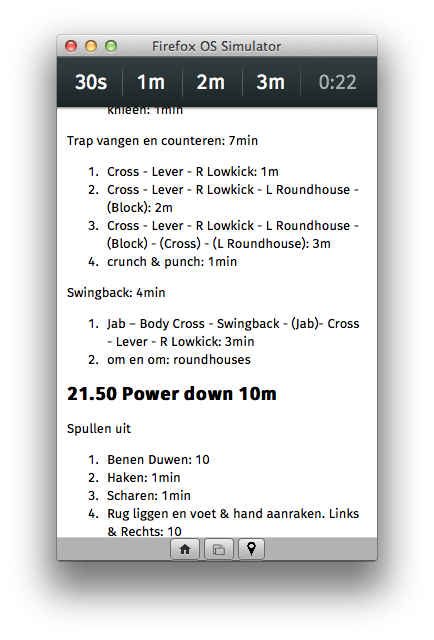 And that's it. I hacked this up on a rainy Sunday afternoon thanks to a headstart with:

Obviously this particular project is quite specific to my use-case; but still open sourced for inspirational purposes.

The first Firefox Phones are targetted at upcoming markets so featurewise can't really compete with - and wont't replace - your modernday iOS/Android devices.

However, at just 50$ you do get a considerable amount of hardware:

.. That you can easily talk to via JavaScript APIs. Just imagine what other dedicated applications you could build on top of this :) Be it:

For some things a Raspberry PI or Arduino makes more sense, but since this has a touchscreen, solid housing, extra sensors, and the platform is fully open too, I see a lot of possibilites.

The Keon I won will be sold at 91 EUR, not 50$ as I mentioned. However, ZTE will launch a 79$ Firefox phone on Ebay this Friday.