Recently I was asked to estimate how many hours I worked on a project. Since I hadn't really tracked them I decided to use the Git history to get an indication.

It turned out it was trickier than I thought to wrestle git log into producing a list that was somewhat useful, but here is a screen of what i ended up with: 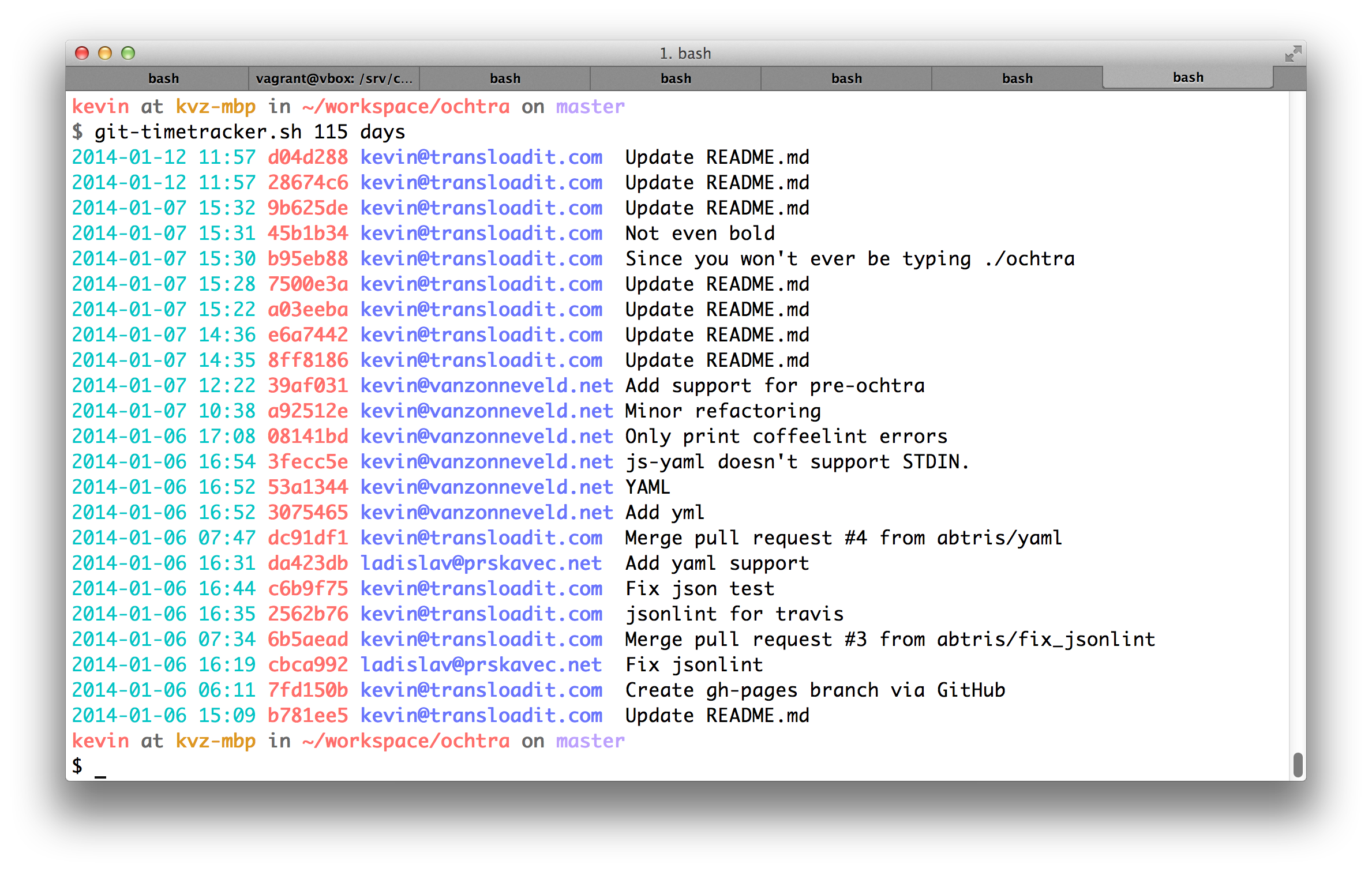 This list makes it pretty easy to filter by author with |grep kevin, to only show what days I worked and what times I left (|sort -uk1,1) and how early I started (|tail -r |sort -uk1,1), or copy to a spreadsheet editor for further processing.

Since we can't use a custom dateformat but really want to, the hack is to use ISO format (which comes closest to what we want), and add backspace characters (%x08). I stole that from stackoverflow.

I saved this to a file in my $PATH so now in any repository I could type:

I also tried making a Git alias in my ~/.gitconfig (not just calling the .sh script) but it was too damn hard :) Maybe you want to take a stab at it, I'm welcoming improvements!